flash just did an update to the flash player.  i believe (according to their site) this takes it to v9.0.115.0 (at least for IE on windows).  what's included in this update?  primarily H.264 encoding support in the player.  this has been in beta for a while, but now 'official' from adobe.  the second announcement involves their (adobe) pricing/licensing changes around flash media server products, something that has been somewhat criticized for a while as cost-prohibitive.  the new pricing looks like a real aggressive price drop based on their own admissions.

looks like they listened.  part reaction to competitive heat?  maybe, but as noted above...competition helps end consumers and forces all vendors to think different, increase quality and make it better for us (consumers).  i agree.

i went to the flash site to check out the new features after reading the press release.  since i didn't have the new version of the plugin i thought what a perfect opportunity to see this upgrade experience.  i'm using IE7 on windows vista.  my first thing i see is

great, i know i need it and this links to me an 'express install' which i presume is like an inplace installer similar to silverlight's options.  i click it. 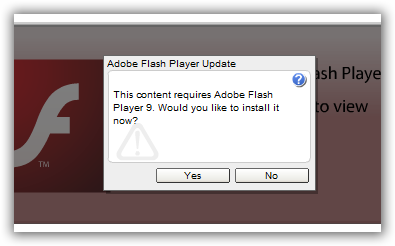 maybe redundant to some (the original flash movie already alerted me to that), it confirms that i want to install that upgrade.  i do, click yes. 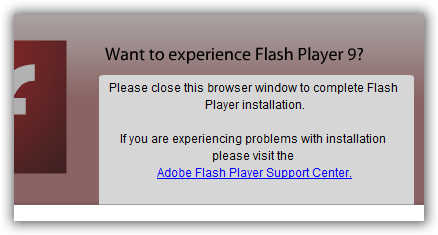 at this point i'm presented with this (although a new instance of IE is also opened up as well).  ok, fine i close the browser and now have the ability to check it out as i see a 'Launch' button now.  however, in IE when i click it i get a javascript (null) error and am unable to launch the popups.  seems we all still haven't solved the 'get around the popup blocker problem.' -- out of curiosity i load firefox now and see what i get...here's the first screen (after going to the same page):

ok, i thought i already did that (common user question), but being a techie i know that some plugins load differently in each browser, i (as a techie) can accept that...i click download. 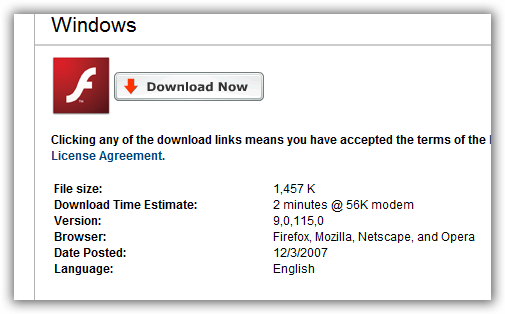 i'm taken to here to accept the EULA and download.  hey, what happened to 'express install'?

downloaded .exe and done, open it up. 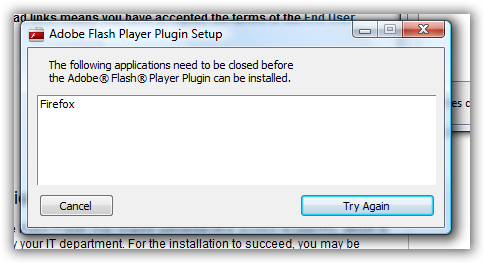 oops, need to close FF before i do that...okay, closed and then installed.

again, out of curiosity i go to my mac.  i'm presented again with a different experience, requiring me to download a .zip file which contains a .dmg and also asks me for what type of mac i have (intel or PPC -- is that a mother-in-law proof question? -- i know silverlight does this check for you).  i didn't take screenshots of that upgrade, but it looks identical to this screencast i did of a pure flash install (yes, the upgrade process took the exact same steps).

my point here is to NOT say 'adobe sucks' because of their install process.  my point is that install/upgrade processes aren't as simple as we all make them out to be.  especially in browserville.  there are different platforms, versions, browsers, etc., etc.  mike downey (a pm with adobe) had commented on the silverlight install experience being somewhat cumbersome (on a mac).  it isn't ideal, but that doesn't mean that it doesn't match existing experiences (for the mac).  even given that in IE on windows i was presented with an express install option, but in firefox i wasn't, means there are some things that adobe considers too when creating an install experience.

my point -- it isn't as simple as it looks with all the platforms out there.  my intention isn't so say "see, told you so" -- but rather to point out the similarities and perhaps parity in those experiences.  sure, flash has huge penetration, but does their latest update?  i think there are probably other ways of upgrading the plugin, but i went to the source vendor page and this is how they are doing it, presumably prescribed guidance.

i'm eager to see the first sites who really take advantage of the H.264 encoding (not youtube style, but pushing the edge).